Last weekend, my boyfriend and I went on a whirlwind tour of New Orleans for my 30th birthday celebration. The days of my wild New Orleans trips are gone -I don’t think we stepped on Bourbon Street once, and I didn’t even sing karaoke at Cat’s Meow. We’ve pulled back to the lazy “les bon temps”. Even if the days centered around enjoying fine food and drink, we included an educational experience this time around too.

I’ve wanted to visit the Historical Pharmacy Museum since it was highlighted during a “Boos and Booze” tour I took in Halloween of 2012. Purportedly, the museum is haunted by its second owner, Dr. Joseph Dupas and ghosts related to him.  I was interested in the museum less for its reputation as a paranormal haunt but because I am a pharmacy nerd.

Because the location has a charming backyard patio, it’s often utilized as a venue for weddings and other events meaning that if you are a tourist rolling through, it can, on occasion, be very hard to visit. We ambitiously tried to arrive by 1pm for the guided tour which happens Tuesday-Friday. We didn’t make it of our own accord, being seduced for a delicious lunch at Slyvain restaurant down the street, but found that even if we had obtained our ambitious goal, we would have been turned away. The Pharmacy Museum closed at 1pm that day for one of those “special events”. It was not the first time this has happened to me.

We returned the next day finally victorious. The museum was open! Tickets are $5 for  adults, $4 for students and seniors. Guided tours are in that 1pm Tuesday-Friday slot, otherwise tours are self-guided. The Pharmacy Museum began as the home and shop of Louis J. Dufilho, Jr. who was the first official pharmacist in America in 1816. Prior to this year, there were no national laws regarding the licensure of health professionals leading to the prevalence of “snake oil” sellers peddling whatever they had lying around and not a whole lot of actual medicine giving.

When you enter the building, on your left you’re greeted by a dark library of glass jars filled with all manner of material. Dried herbs, chemicals, liquids, powders, and a trove of metal instruments you don’t want coming anywhere near you. To your right is an old fashioned soda fountain. Pharmacists sought to make bitter herbal medicines more palatable by combining them with acid phosphate, sugar syrup, and carbonated water, much like Dr. Pepper continues to do today minus the medicine portion. Probably equals more than just a spoonful of sugar to help the medicine go down.

The walls to the right feature the many medicinal treatments of yesteryear, some effective, some not so much. A tincture of straight cocaine probably would be enough to lift your spirits if you’re feeling down. At the very back of the museum is a mimic of the pharmacists traditional compounding area. From mortar and pestles the size of large globes to books of prescriptions and tiny bottles, its the quiet chaos of dreams. At least, of my dreams, #witchlairgoals. 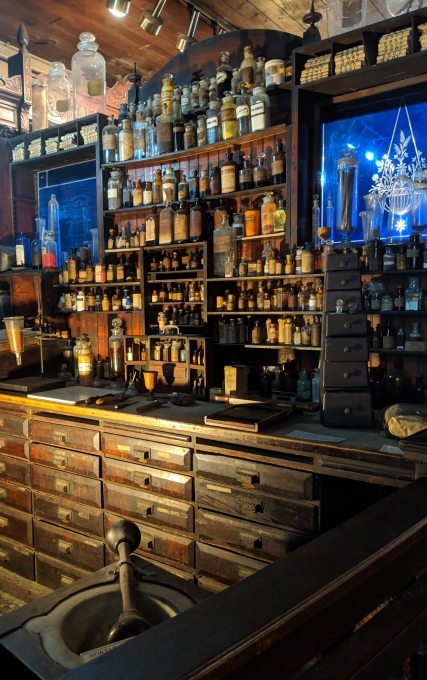 Upstairs, the collection of remedies continues. A case of homeopathics and their explanations is enough to make your eyes roll. I am remiss in not having copied the quote in the case regarding the effectiveness, read ineffectiveness, of homeopathy. Which is “throwing one pound of material into the Seine upstream of Paris, and drinking one glass on the other side expecting results”. From there, the good stuff. Alcohol medicine!

Despite the controversial nature of the compound, much of medicinal history wouldn’t exist without alcohol. And probably, a few people wouldn’t have existed as long either. Alcohol can be used to sterilize wounds and tools thereby aiding in the prevention of infection. It’s able to extract medicinal compounds from herbal hosts and keep them preserved so they’re available for use year round rather than just when in season. And, least once upon a time, it could help sedate a troubled patient to allow a surgeon to work. Truly a wonder drug. 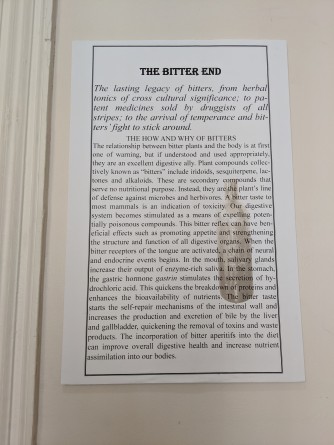 This exhibit features the New Orleans famed bitters. The Sazerac has been deemed “the official” cocktail of New Orleans, and the Sazerac wouldn’t be a Sazerac without a dash of Peychaud’s bitters. Bitters in general are a combination of herbal ingredients with an alcohol extractor said to help stimulate digestion. At the time of Dr. Dufilho, bitters would have been marketed as patent medicines helping to heal all matter of ails. The museum features Peychaud’s and Angostura, the most well known and populars bitters even today, as well some lesser known combinations of the 1800s. During the time of prohibition, pharmacists remained able to dispense alcoholic “remedies” leading to much criticism and jocularity from the media calling them the new bartenders. Thankfully prohibition didn’t last long, and they were able to return to their proper place as esteemed medical professionals.

The last two rooms of the museum are dedicated to Dr. J. William Rosenthal’s Spectacle Collection (find more about this ocular enthusiasts obsession with glasses here) and the former living quarters bed and bedpans showcasing what a sick room would have looked like in the early 1800s. To have spent time reading every placard would have taken half the day, but we are lazy museum goers who wanted to return to cocktails. We spent around an hour in the museum poking, prodding, and giggling at the goods which I deem plenty a sufficient time to enjoy the museum.  A well-worthy visit for anyone interested in pharmaceutical history. And I picked up a good book to go home and practice with. 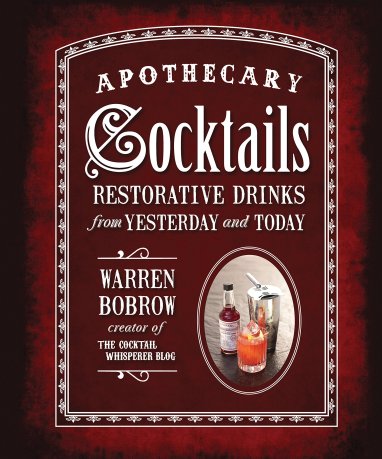